Valheim is the next big video game you don’t want to miss out on. It is a Viking-themed survival sandbox experience that has been dominating Steam sales. With overwhelmingly positive feedback, the game is like a 3D take on old-school games like Runescape.

It’s multiplayer-based and was made to be an incredible action-packed adventure for you to enjoy with your friends.

Take on Vikings’ role, which the one and only Odin himself granted an eternal afterlife (Guess who provides the tutorials? Odin’s legendary ravens). Start in a vast meadow, and learn how to hunt animals and build simple shelters or deadly medieval weapons with what you collect along the way.

The in-game progress feels truly organic and natural and doesn’t force you to play dozens of hours before the fun starts. There’s a clear path of progression, with each step opening up the next advancement.

Valheim is a world that is definitely worth exploring and spending time in as you experience a true Viking’s life. Explore the dangerous forests and swallowing seas as you work your way to crafting sophisticated tools and armor.

The best part of all is that you can experience the Viking life with up to 9 of your friends, all together at the same time on a Valheim server. (Also, don’t forget to try out the popular mods that have already been released. They’re ridiculously fun.)

That’s where our epic Valheim server hosting comes in. If you’re unsure of how to host a Valheim server, don’t worry – we’ve got that part covered. At SystemFreaks, we make hosting a Valheim server unbelievably easy and simple. And we back it up daily with our legendary 24/7/365 support.

You can put up a dedicated server Hosting on any PC, your call. Some will put it on a secondary computer, others on the same machine on which they’re going to play. Whether that’s a good idea is up to you, how good your internet connection is, and how powerful your gaming PC is. Valheim isn’t too demanding a game, and neither is running a server, but combined they’ll put a strain on most machines—and on the connection quality for other players.

To get this set up, you’ll need to know how to do port forwarding and how to find the server machine’s IP, which means you’ll likely need administrator access to your router.

1. Pick the PC it’s going to be on and install or open Steam.

3. Go to the folder in which you installed the Valheim Dedicated Server.Advertisementhttps://1e615069b8062f25409c9afc2fca1c65.safeframe.googlesyndication.com/safeframe/1-0-37/html/container.html

4. Now you need to either create a world to use, or transfer the world you were using prior to this to the server if it’s on another PC. If you’re hosting from the same PC you’ve been playing on, skip this step. Navigate to your Windows Users folder: C:\Users\YOURNAME\AppData\LocalLow\IronGate\Valheim\worlds. Transfer the files from this folder to the same folder on your server PC.

5. Now you need to edit the server startup script file, which is in the server folder. The default is C:\Program Files (x86)\Steam\steamapps\common\Valheim Dedicated Server. In there you’ll go to a batch file called “start_headless_server.” Right click on that file and edit it. Conquer Viking purgatory with these Valheim guides

6. The line in there now says something like “start valheim_server -nographics -batchmode -name X -port 2456 -world X -password X -public 1”, except the X is your information you’ve already put in.

7. You’ll need to change it so that the X after name is the server name you want—which can’t be the name of your world. The X after world is the name of your world save—which can’t be the same as your server. The password is… well, whatever you want the password to be, but it can’t include the world or server names. (Again, you must have a password.)

8. If you want the server to show up in the community servers list, leave the numeral after public as 1. If not, change it to 0.

9. Save that. Now make a backup of the start_headless_server file, because when the game updates it’ll wipe that file clean and you’ll need to replace it. Now you can quit that editor.

10. You now have to open the ports on your server PC to allow connection. Go to your router software, opening ports 2456-2458 TCP/UDP on the PC that’s running the server. The Host Port should be 2456. If there’s a firewall on the server PC, you’ll have to open those ports on the firewall as well.

11. Now start the server by double clicking “start_headless_server.” That should open two windows, one with the server logs and one that you select and press any key to stop the server if you want to stop it. (Why would you stop the server? Updates. Otherwise don’t do that! The whole reason to run a dedicated server is that it’s always around.)

12. Voila! Players can now join your server. It can sometimes take 10 to 15 minutes for the Community Server list to update once a server goes live. If it never shows up, that’s probably because you included the name of the game world in the server name or password… or because of a bug. Try the next steps if that happens.

13. If you change the public numeral to 0, people will have to join using the Steam server browser, found under View > Servers on the Steam client in the Favorites tab, then using the “Add A Server” button in the bottom right.

14. The IP address for your server is your server PC’s external IP with the affix :2457 on the end for the correct port—like XXX.XXX.X:2457.

Congratulations! You’re all set up for Valheim multiplayer. Now, go forth and build. 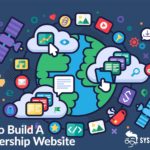 BuildHow to build a Membership Website - With no code KnowledgeMar 10, 2021
Next PostHow To Build A GTA FiveM ServerApr 20, 2021 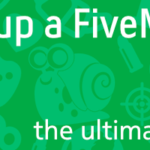